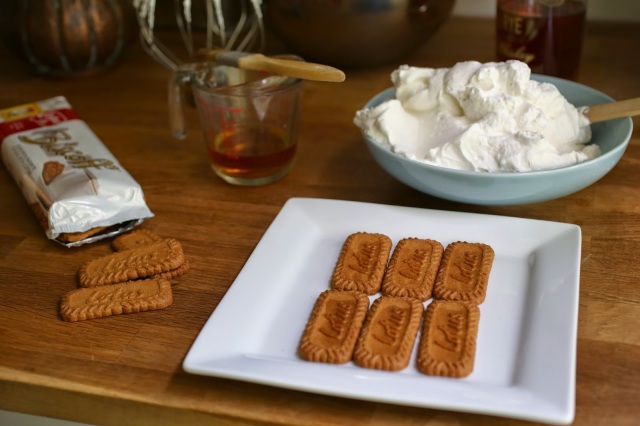 summer is the season for no-bake desserts.  honestly, who wants to turn the oven on when it is 90+ outside?  while i can say that i am guilty of baking during the heat of summer, having discovered icebox cakes, i will probably think twice, especially since they are so easy to make.  the best part about them is that by simply changing cookies or adding a little something to the layers, you have a whole new dessert each time.

for this version, i used biscoff cookies and pennington’s strawberry rye and it was as tasty as it was easy to make.  the hardest part; letting it sit in the fridge long enough for the cookies to soften! 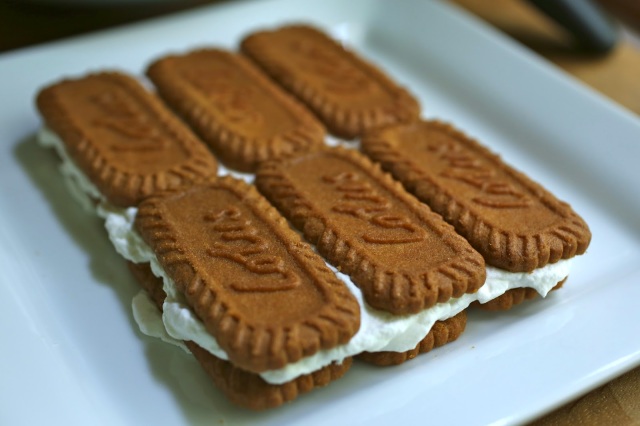 whip up 2 cups of heavy cream with 2-3 tablespoons of sugar and a teaspoon of vanilla until stiff peaks form.  choose a plate that is completely flat and spread a tiny bit of the whipped cream in the center to act as glue for the cookies.   line up 6 cookies as i did in the photo above and brush them with about a tablespoon of pennington’s strawberry rye.  cover the top of the cookies with some of the whipped cream and repeat the process until the entire package of cookies is gone. there should be five layers of six cookies with a thin layer of cream between them.  for those of you that like a lot of cream, go ahead and whip up 3 cups of cream with a 1/4 cup of sugar and a teaspoon of vanilla, the rye amount will remain unchanged; you will need at least 1/3 cup.  if i recall correctly, there will be a couple of cookies left over so just dip them in some additional rye and eat them quickly, i’ll never tell… 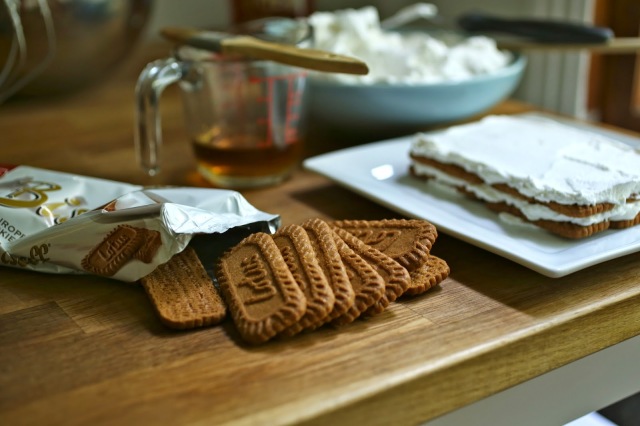 it comes together quickly and easily.  the hardest part is waiting until it is soft enough to slice.  refrigerate the cake for at least 4 hours so that the cream and the rye will soften the cookies and make  slicing it possible. 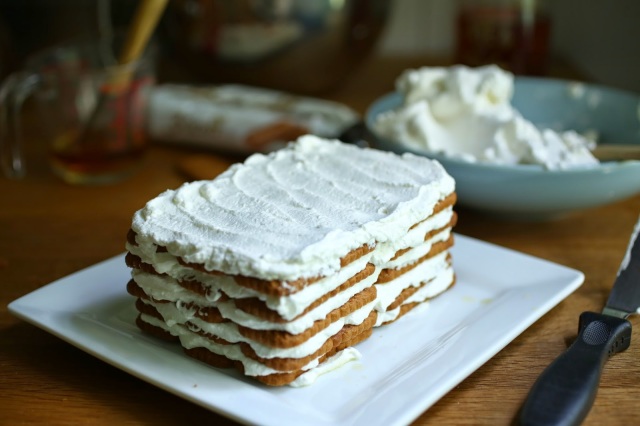 i liked the way the sides looked with all of the layers showing but you could easily whip up another cup of heavy cream and frost the sides of the cake.  use the tip of the spatula to make a zig-zag pattern on the top.  fresh strawberries would be a pretty addition when served.  slice them in half from the top down to make heart shaped garnishes and give each of the guests a shot of pennington’s to sip with dessert. 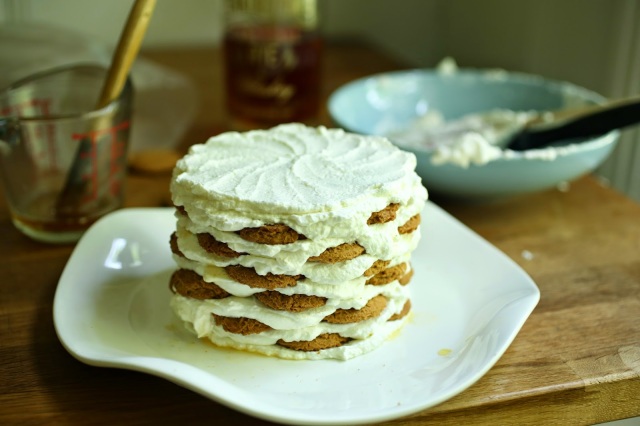 just to prove my theory, i tried the cake with gingersnaps.  publix supermarkets sells a private labeled gingersnap that is the spiciest snap i have ever eaten.  luckily, the whipped cream tempered the heat.  while the flavors blended nicely, i thought the spice of the snaps overwhelmed the fruity flavor of the rye and honestly, as much as i like gingersnaps, i preferred the biscoff version much better. 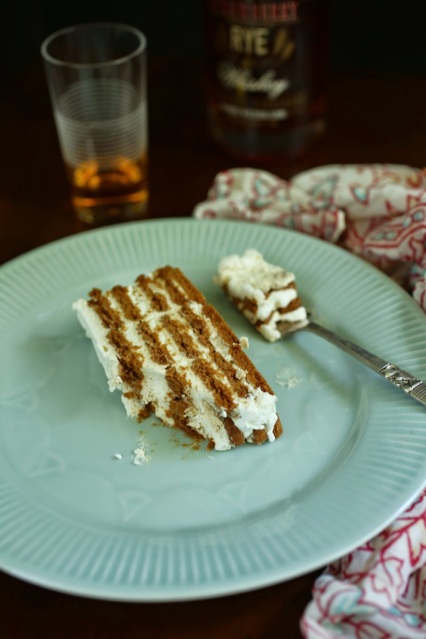 twenty minutes of work and five minutes of cleanup equals one tasty icebox cake to serve and savor on a hot summer night!

special thanks to my good friend the food sheriff for sharing a bottle of pennington’s strawberry rye with me!  to see the other desserts i made with it, follow these links: