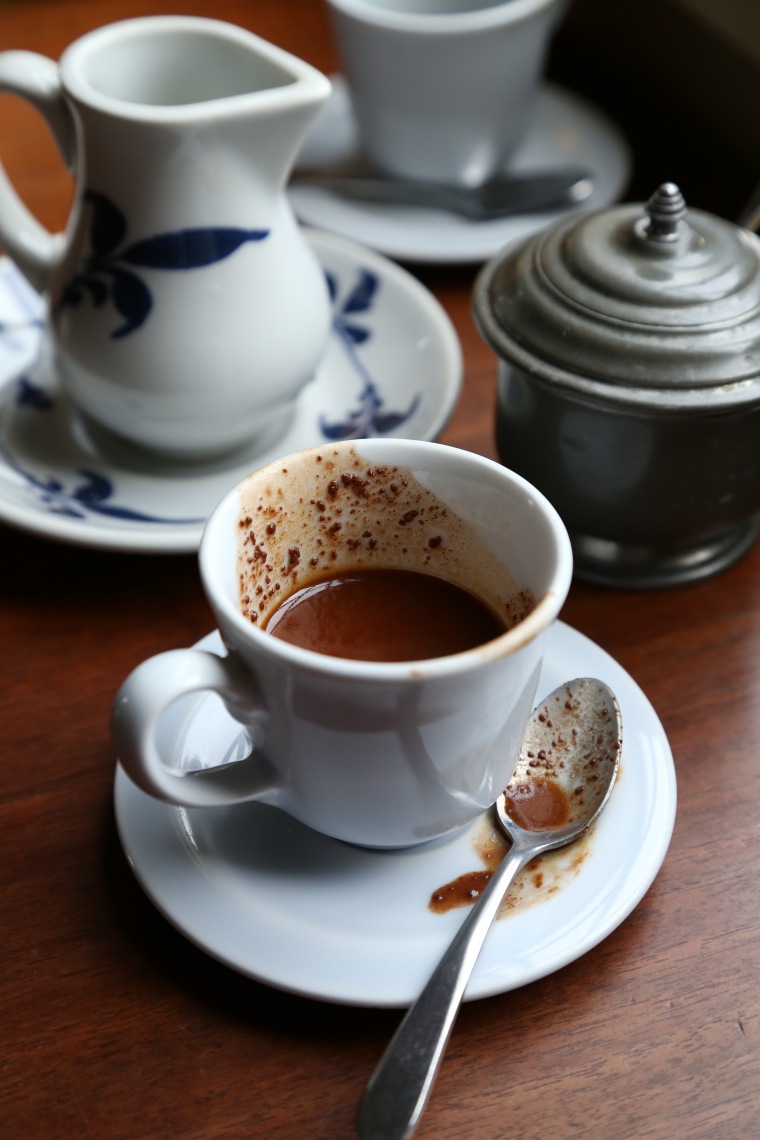 Things are moving along here.  Our appraisal came back and we are waiting on a closing dated.  Moving in day cannot come soon enough.  While it seems a bit like turmoil, it is actually a little liberating; no obligations, no chores, just waiting.  It has given me a chance to look through so many photos of our time in Williamsburg and I really will miss exploring there.

One of the perks of Darry’s position at the College of William and Mary was the free pass to Colonial Williamsburg.  Whenever we had a few hours free, we would head to the village and take a tour of one of the many buildings or visit the trades shops and learn a little about what life was like for the colonists.  These photos were taken in R. Charlton’s Coffeehouse which can be found on Duke of Gloucester Street just up from the Capitol Building.  As we sat in the front room, our guide (in period costume) spoke of the history of the coffeehouse and we were served hot chocolate or coffee.  In the corner sat a man in period costume as well and he began to speak out as well.  His role, Benjamin Franklin, and he told us of the matters that would have been discussed at the time the coffee house was in operation.

Everything in the reconstructed building was a reproduction but it still served to show just how things were.  Williamsburg was a fairly sophisticated place and even though I knew that about the Colonial era, it was still surprising to see just what they produced.  We tend to think of the colonists as living in little cabins with the bare essentials and while many did live like that, the folks living in the city of Williamsburg were able to live a little better.