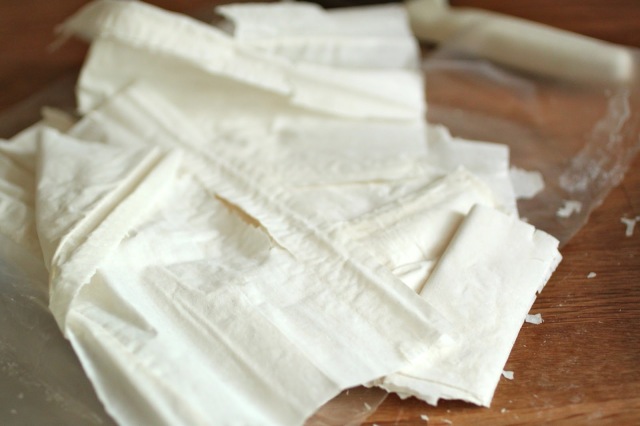 this week, we made a vegetable tart using phyllo dough for the crust.  i knew i had a package lurking in the freezer and i decided to use it rather than buy a new package.  should have just bought the new one…this dough, even though it thawed in the fridge for a day, was not going to cooperate.  it came apart in pieces.  there was no way to get the required 4 sheets and cut them in half.  there was no way to make a shell using 8 half sheets, layed in an overlapping manner.  my shell was a total hack job and i am certain i used more than 4 sheets. 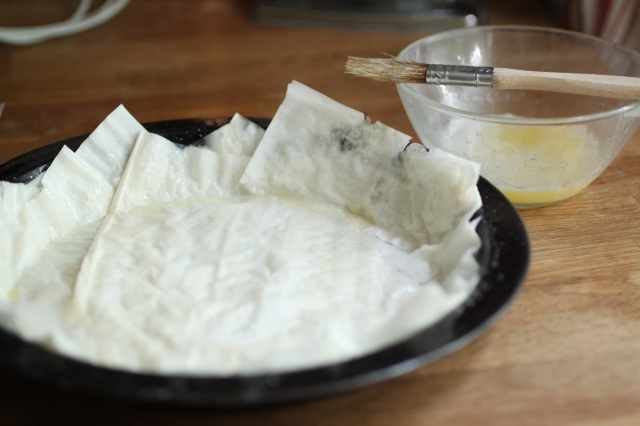 and that folks, is as pretty as it gets.  the directions called for 1/2 a cup of clarified butter.  i simply melted 3 tablespoons and and honestly, it was more than enough-i used about half.  after prebaking the shell, i worked on the filling. 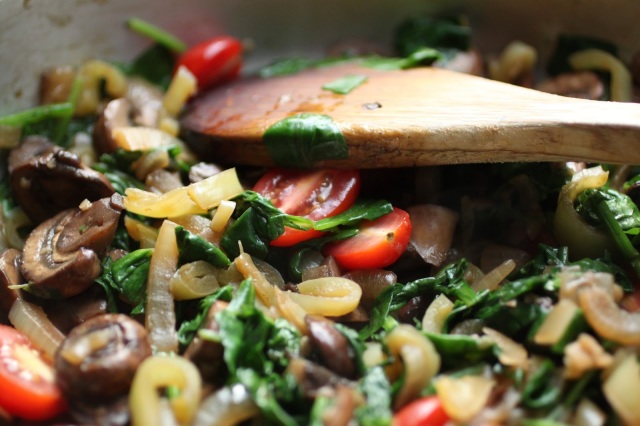 banana peppers from the garden, portobello mushrooms, onions, spinach, garlic, a few cherry tomatoes and a handful of basil, oregano and thyme.  to keep the tart from weeping excessively, i cooked it slowly over low heat. 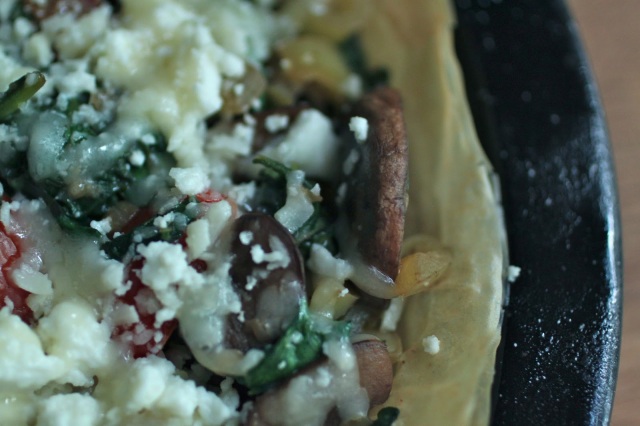 we watch our cheese consumption here and i am not a goat cheese fan.  this tart had about a cup of blended feta, fontina and romano cheeses, most of it sprinkled over the top.  a quick trip under the broiler gave it a little bit of a melt but not much. 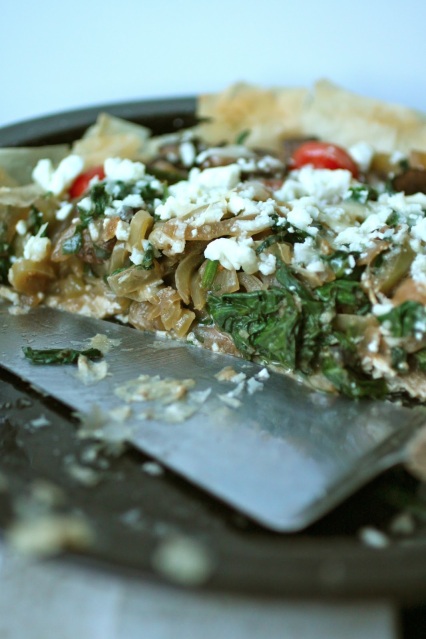 it was mostly vegetable, perfect for summer.  honestly, i would rather have this on a pizza crust with a little white sauce.  the phyllo dough crust just didn’t do much for me.  it certainly was not easy to serve-it was hard to cut cleanly, the crust was not strong enough to support the weight of the filling.  the cheese did not glue it together either.  from a cookbook authors point of view, it was easy to see why they did not include a photo, even a small black and white one; this thing was not pretty.  even so, my husband devoured it and declared it a success.  go figure…

to see what all the other participants made, check out the tuesdays with dorie page.  interested in baking along?  get a copy of the book and jump right in, we’d love to have you join us!

3 thoughts on “summer vegetable tart; a tuesdays with dorie challenge”